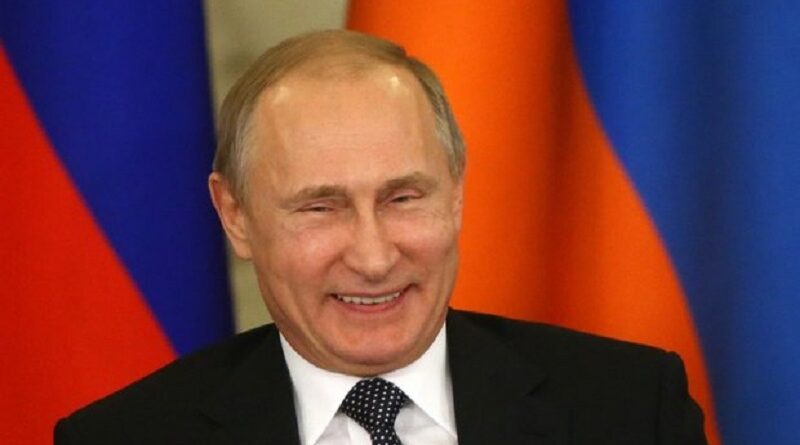 It’s all depressingly quiet on the Northern Front. On Sunday, the management of Nord Stream 2 AG—the corporate entity overseeing construction of the controversial Nord Stream-2 pipeline—announced that Russia’s good ship Fortuna had started laying pipes in Ge8rman waters, where it would remain until end-June.

This followed last week’s news that the administration of US President Joe Biden was waiving sanctions against that company and its CEO, former East German intelligence officer Matthias Warnig. Both had engaged in sanctionable activities, said a State Department report to Congress. But it was not in the “national security interest” that sanctions should actually be applied.

To optimists, at least, this was a disappointment. At his confirmation hearing, Secretary of State Anthony Blinken had said that he was “determined to do whatever we can” to prevent the completion of Nord Stream 2. And his boss, the president, had professed himself against the pipeline and promised that there would be no more “rolling over in the face of Russia’s aggressive actions”—contrasting himself with his predecessor, Donald Trump.

This decision, however, indicates that stopping Nord Stream 2 is a distinctly secondary aim for the Biden administration. Anxious to reach out to European allies systematically offended by Trump, Biden is not willing to sacrifice the US relationship with Germany over this pipeline. And, one might guess, he’s even prioritising atmospherics ahead of his mid-June meeting with Russian president Vladimir Putin.

It’s nothing new. The State Department is acting pretty much as it did over Nord Stream-2’s “twin”– Turk Stream-2. Back in 2020, State decided to turn a blind eye to that pipeline, despite legislation passed by the US Congress. And Turk Stream-2 just disappeared as a topic in American diplomacy.

And, it seems, the “chain of fear” has worked again. Germany is afraid of antagonising Russia, the US is afraid of angering Germany by imposing sanctions and halting the project. Putin’s well-oiled trap has sprung.

That’s partly an American problem. Once “national interests” come into play, arguments take a back seat. Defining “national interests” is always the privilege and the duty of the ruling party and the executive branch. The legislature can only exercise oversight and pass resolutions and laws.

But it’s partly also a German problem. The trouble with German leadership in Europe is that, long after World War II ended, Berlin has a massive guilt complex towards Russia—and carries this over into its relations within the EU and NATO. The Kremlin’s astute use of this limits the usefulness of NATO and the EU in standing up to Russia’s geopolitical pursuits. All Putin has to do is engage German leaders bilaterally and press the guilt button.

To some extent this has been true for several decades. Willy Brandt, Helmut Schmidt and Helmut Kohl all pursued policies of rapprochement with the Kremlin. But, during the Cold War, the scope for deviations from NATO’s policy lines were very limited, never seriously challenging the West’s resolve to stand up to Russia.

With the fall of communism and German reunification, however, Germany’s policies have emphasised a need to balance interests between East and West, rather than contain the extremes of Russia’s foreign policy. Berlin sees its prime role as that of mediator rather than of cornerstone in the West’s defensive system.

Chancellor Gerhard Schroeder and—most notably—Chancellor Angela Merkel, with her two Nord Stream projects, succeeded in diluting the exclusivity of US-German relations and subordinating them to Germany’s guilt complex towards Russia.

And, in Nord Stream 2, the Kremlin has not just been a successful manipulator of guilt. It’s also been an instigator of grand corruption at the highest state level. The Kremlin effectively bribes German business by offering it a role as exclusive broker of Gazprom gas with the rest of Europe, generating between €2 billion and €3 billion annually in brokerage fees—roughly the amount that Ukraine loses from reduced Gazprom transit. A further bonus for Germany is a privileged price for Russian gas under long-term contracts, which gives its industrial consumers a distinctly non-market competitive edge.

In return, the Kremlin secures Germany’s de facto strategic neutrality, as the value that the country adds to NATO’s common defence shield is negligible. NATO’s collective defence in Eastern Europe does not rely on German soldiers or German weaponry. Chancellor Merkel might enjoy a high profile in the political, economic and diplomatic domain, but when push comes to shove in military standoffs with Russia and troops build up on Ukrainian borders and the Black Sea, Berlin opts to stay out. Germany is not a member of the Three-Seas Initiative and prefers a distant support role.

So it’s time for politicians in Washington, London, Paris and the capitals of Eastern Europe to take off those rose-tinted spectacles and get real.

The takeaway from the Nord Stream-2 saga is that Germany will never fight to protect Eastern Europe from Russia, because she’s a captive of her own guilt complex and Putin’s money.

And the takeaway from recent developments in Washington is that Joe Biden and his State Department are probably not going to take the firm line that is needed with Russia because they are captives of the perceived need to keep Berlin on side and to create the atmospherics for that ever-elusive “reset” with Moscow.

Probably. Miracles happen (so they say). And the fact that Putin’s squalid satrap in Minsk has, effectively, just engaged in air piracy might—just might—be the sort of shock needed to precipitate a miracle. Well, I’ll believe that when I see it. And, anyway, Belarus must wait for my next blog. 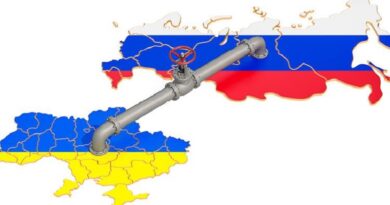