It is exceptionally sporadic, not to say unprecedented, for an official Russian newspaper to comment on a declaration of extra-parliamentary opposition in Bulgaria. But this is a fact.

Rossiyskaya Gazeta comments on a statement of the Democratic Bulgaria party, which lambasts a decision of Prime Minister Borisov to stall the accession to the ERM-2 – the interim mechanism to the EZ until a consensus is reached. In today’s Bulgaria, it is impossible to reach unanimity on almost anything, least of all on a matter as important as the accession to the Eurozone.

The country would have never joined the EU or NATO if consensus was a precondition. Borisov’s statement sends a very worrisome signal for resolve to accede the Schengen zone or the banking union. The sheer fact of commentary on a strictly domestic topic and the “hot” opinion of a leading Russian newspaper directly related to the Kremlin shows that Russia not only closely monitors but also actively intervenes in shaping Bulgarian public opinion on Bulgaria’s membership to the Eurozone.

The RG’s article speaks volumes on the grip on Bulgaria’s top elite, the hybrid tactics used, and the extent of manipulation the Kremlin is ready to reach in order to subvert internal and sovereign political decision-making process. Rossiskaya Gazetta’s rigorous defense of the Bulgarian PM means that his statement to “delay” indefinitely our entry into the ERM-2 is aligned with Kremlin’s current interests.The most critical word in RG’s commentary is “reckless” that the newspaper uses to define the abandonment of the lev and the adoption of the euro. This word betrays the Kremlin’s direct, significant and urgent interest in delaying and suspending Bulgaria’s accession to the Eurozone.

For the Kremlin, this step would represent a substantial obstacle to conducting unabated financial transactions through Bulgarian banks, money laundering, and other illegal business operations. Accession to the EZ will transfer control to Brussels, which will impede Russia’s state capture and influence in Bulgaria, including its ability to destabilize the country.Another important revelation in the RG’s article is that a growing part of Kremlin propaganda uses “sociological” surveys, funded directly or indirectly by pro-Russian businesses, parties, or financial structures, which provide a distorted picture of Bulgarian public opinion.

The Gallup International agency, used in the surveys, is owned and managed by pro-Kremlin businessmen Kancho Stoychev and Andrey Raychev, with a long track record of manipulating public sentiments. In late January 2016, the Gallup Int. published a “global survey” in whose national section Bulgarian citizens were asked to choose whom to turn to in the event of an attack on the country. According to the pollsters, most Bulgarians preferred Russia over the US and the West as allies in the event of war.

Later the poll was debunked as a hybrid operation, but it managed to convey a picture of disloyalty and Trojan Horse to other NATO members. Later in the year, another opinion poll commissioned and paid for by the RISI – the civil research institute of the Russian Civil Intelligence, proved essential in promoting the then head of the Bulgarian Air Force to the presidency. Recently, Gallup International, this time commissioned by the Pew Institute, found in a manipulated poll that 73 percent of Bulgarians like Putin, more than twice the numbers in Russia.

The same manipulative instruments have been used again with quotes on ‘public opinion polls’ in Bulgaria in Rossiskaya Gazzetta to substantiate allegations that most Bulgarians prefer to keep the leva and refute the euro. This is utter nonsense for anyone that has recently been to the country?!Now it is beyond doubt that Russia is deeply involved in a mass subversion operation to preempt Bulgaria’s accession to the Eurozone, and PM Borisov has succumbed to the pressure. 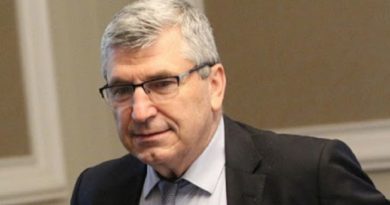 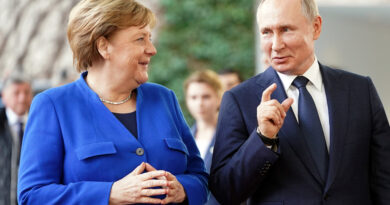 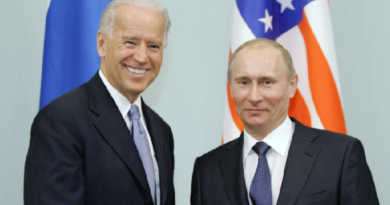 Will Putin attack Ukraine – or is that the wrong question?