The topic of the Red Army ‘ wartime’ monuments ranked high up on the priority list of Russian Foreign Minister Sergei Lavrov’s visit to Bulgaria, postponed due to the coronavirus lockdown. I would go a step further and allege that the topic would have taken center stage during his meetings with President Radev and Prime Minister Borisov. Both were expected to agree in principle and further engage in negotiating a bilateral agreement, guaranteeing the sacrosanct status of these monuments and state protection from the “people’s love”.

As April 27, the date of the scheduled visit approached, the Russian Embassy commissioned a firm, owned by a Sofia City Councilor from the United Patriots group, to cover the Monument – Ossuary to the Soviet Army in the Lozenetz areawith scaffolding and to carry out repair works. One can only speculate as to the nature of the “contract.” It could have easily been one of those implicit arrangements when the ‘Patriots’ volunteer to support official Russian causes pro bono. The fact is that the scaffolding was in place, and some slabs of stone were fixed.

The topic of Soviet Army monuments across Europe is close to the heart of the Kremlin, as is anything associated with the role of the Red Army in freeing Europe from Nazi Germany. The narrative of Stalin, the Liberator, forms the cornerstone of current Russian foreign policy. The removal of these monuments as landmarks of Soviet domination in Eastern Europe is therefore considered a heresy and a lethal threat.

The most recent case was the removal in Prague of the monument of Marshal Konev, who led the suppression of the 1956 Budapest uprising and provided advice to the Soviet generals who suppressed the 1968 Prague uprising.

The Kremlin reacted angrily and instantly, including sending GRU agents on an operation to poison the Mayor of Prague and the mayor of District 6 in the Czech capital. The propaganda echoes Putin’s message – “we do not mind if the Czechs are scared or if their neighbors take note and think twice before removing Soviet monuments. “

In Bulgaria, the Soviet monuments topicin recent years has become ever more divisive and politicized, yet rarely considered, in the context of international law.

Neither the Geneva Convention, which governs the rights and obligations of the states in the upkeep and protection of war memorials and burial sites, nor the Hague Convention on Cultural Monuments of War – when the monuments in question are deemed cultural heritage, warrant a sacrosanct status of Red Army monuments. Henceforth, there are no relevant international conventions that would underwrite Russia’s reading of history in this case in Bulgaria, while seeking an extension to bilateral ‘fraternal’ treaties from Soviet times.

Russia relies on the fact that some of these monuments are state public property, which invites the option of bilateral interstate treaties.

Why has Russia no right to intervene in what is essentially an internal affair?

Firstly, there were no Soviet soldiers killed in combat on Bulgaria soil – which is the essential prerequisite invoking rights and obligations under the Geneva Convention. Its leading motives and principles are humanitarian – to provide all fallen in wars with a respectful burial and honor their memory. That is, were there Red Army soldiers killed in action in Bulgaria, the Bulgarian government would have had the duty to secure burial sites in designated military cemeteries under the Geneva Convention, including the responsibility to maintain them.

Worth noting is that the Geneva Convention dates back to 1954. By that time, most Soviet Army monuments were already scattered across the country, including most of the unknown Soviet soldiers – the Alyoshas – in Plovdiv, Rousse, Burgas, and the notorious Soviet Army Monument in Sofia. These monuments have nothing to do with the Geneva Convention, and therefore cannot enjoy its protection.

Only soldiers killed in action, had the Bulgarian state back in September of 1944 opted to resist and fight back the Red Army, could have enjoyed protection by the Geneva Convention, and only regarding burial sites and not virtual tombs of unknown soldiers. If Bulgarian or German forces had caused the  deaths of any Soviet soldiers, only then Bulgaria would have had the responsibility to honor Red Army burial sites. This reading effectively means that the fate of all Soviet Army monuments in Bulgaria is an entirely internal matter as it does not imply any posthumous infringement of Soviet Army soldiers’ human rights.

It is a fact that some Soviet Army soldiers have died in our country – some from abuse of methyl alcohol, others from wounds received outside the territory of Bulgaria, and a third part – a known case of deaths in a truck/bus accident. After the end of the war – there could have been other Soviet soldiers who died in Bulgaria, including SMERSH, other Soviet repressive apparatus officers, or the so-called Soviet specialists. Again, all these cases do not fall within the Geneva Convention  purviewand do not imply any duty on the part of the Bulgarian state to allow commemorative monuments. Only the right to a burial site.

The Bulgarian government  is under no obligation, under international law, to legitimize falsely attributed to wartime victims monuments to the Soviet Army that dominate the country’s urban landscape.

All such monuments are a sign of forced gratitude under conditions of  lost sovereignty and Soviet domination of Bulgaria, and such acts can be revoked at any time.

The perception of an ossuary that goes to the monument in the Lozenets neighborhood is again a virtual reality, not based on facts. The memorial does not raise to the status of a war cemetery, honoring killed in combat on Bulgaria soil. Here is what back in 2016 the press attaché of the Russian Embassy in Sofia said regarding the deaths of 14 Soviet soldiers in the fall of 1944, which back then was used as a pretext to attribute wartime memorial status to this monument.

“There were no military action here involving Soviet soldiers. Bulgaria was liberated by the Soviet soldiers without a single shot fired. Our Soviet soldiers were greeted with flowers here. However, still, because some soldiers were injured before entering Bulgaria, on the territory of other countries, they traveled along with the entire Third Ukrainian Front, they died here in Bulgarian hospitals. Plus a few (fatal-i.v.) accidents involving our soldiers, car accidents. “

Over the years, Russian sources have tried to add to the tally SovietArmy soldiers who died in combat in Yugoslavia who were supposedly buried in Bulgaria.

Again, the Russian authorities deliberately make no distinction between a dignified interment in a cemetery, which is a humanitarian case, and the right to monuments across Bulgaria, which is purely political demand.

Precisely because the Kremlin is aware that the international legal protection of these symbols of the Soviet Unionrepression of Bulgaria is unjustified, Moscow is opting to perpetuate its rights over the monuments in a bilateral agreement. Lavrov’s visit would have sought to build upon a general text in bilateral treaties on friendly relations and cooperation between the Republic of Bulgaria and the Russian Federation.

The Russian side also refers to loose interpretations of goodwill statements, declarations, and other documents during high-level political meetings, which are not legally binding.

As for the Hague Convention used by the Russian state to seek the protection of Soviet Army monuments as European, world, global, regional, national, and other architectural and cultural heritage, they are again grossly exaggerated and misplaced. The convention does not provide for protection en masse of an entire group of hundreds of monuments, nor could they be presented as cultural heritage being dedicated to an army that never fought in Bulgaria.

The issue remains evermore contentious when debated on its historical merit, which has to accommodate changing perceptions of the legal basis of the Soviet Army invasion of Bulgaria and its role in installing an unelected, non-democratic regime for almost 50 years. This reading invites a closer look into the responsibility and the accountability of the incumbent Kremlin rulers, rather than substantiate the case for Russia’s inherited prerogative to determine what is right or wrong in Eastern Europe.

President Putin’s made a landmark confession on April 16th, 2020: “After the Second World War, we tried to impose our development model on many East European countries and did it by force. We must admit it. And there is nothing good in it, and it comes back to us today”. This extraordinary revelation at the top of the Kremlin sheds additional light into the moral and legal grounds on which Russian leaders can demand exceptional treatment to monumental art, that glorify and commemorate past injustice, including monuments to soldiers that never fought on Bulgaria soil, but imposed a dictatorship.

One aspect of the issue though, seems less controversial – it is next to impossible to justify an eminent aesthetic value of the Alyosha monuments or the Soviet Army monument in Sofia. To put it mildly, these examples of brutalist architecture are entirely alien to the Bulgarian cultural tradition,deeply rooted in European cultural legacy  and is a forced transplant of Soviet propaganda monumental art, exported to Eastern Europe, meant to coerce and dominate over national heritage sites and traditions.

Most of these Soviet monuments were built before the Geneva Convention was adopted, under the conditions of Bulgaria’s limited sovereignty, and are therefore no testimony of the country’s genuine will.

As one can see, in a marked difference of attitude, Bulgarians have never had any similar misgivings with the monuments-ossuaries of the fallen Russian soldiers and officers during the Russo-Turkish War in 1877-1878. 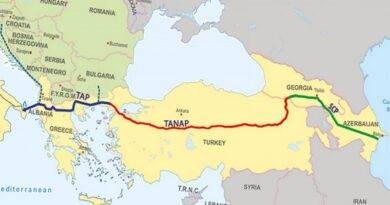 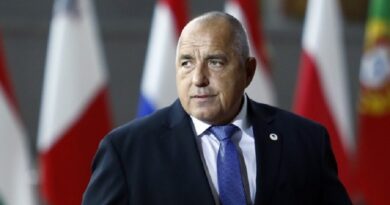