The persisting failure of the Competition Protection  Commission (CPC) to deal with price parallelism, where several large fuel retailers, without a visible and formal agreement, align price levels and rip off customers has been a landmark of Borisov’s government. Higher prices secure higher revenues and profits ranging 0,5 to 1 billion leva over the years.

Is a State Oil Company the solution?

There is a definite logic behind the introduction of corporate management of state reserves of crude oil and refined products.

On the one hand, these are tradeable commodities, which are susceptible to market dynamics, which presumes corporate agility to buy and sell, to avoid losses in value.

On the other hand, these are energy supply buffers critical to national security of a NATO member country, but have remained under the control of a Russian private company, close to the Kremlin.

As things stand at the moment, the government agency State Reserve and Wartime Stocks (ASRWS) continues to generate losses related to the asset revaluation associated with the turbulence in the strategic raw materials markets . Strategic reserves of crude have experienced a dive, in less than a year, from $75 to $10 and currently at $ 37 per barrel. The crude reserves, as of the end of March ,2020 consumption levels, are roughly 2 million barrels, and given the full range of price fluctuations, their value has varied between $20 million to $150 million. Due to the lack of proper accounting at the Agency, there is no asset valuation in line with market moves, henceforth no optimal sales and purchases. The Cabinet’s decision does sales and purchases of the various commodities in the crude and fuels segment, authorizing the Chairman of the Agency for State Reserves and Wartime Stocks to instruct the trader Lukoil-Neftochim.

The government has never intervened in the fuels’ market before, which could be a legitimate step to control excessive prices.

Worth noting is that in line with EU legislation, strategic reserves need to cover supply based on two criteria. The first is that reserves equal a 90-day average daily net import. The second is two-month daily average consumption in the country, including the 20-day needs of the Agency itself.

There is merit in breaking Lukoil’s supply, transmission, and storage monopoly, allowing third parties to access the refined product pipeline from the refinery in Burgas to Sofia.

After all, the product duct is not an internal infrastructure within the refinery confines but an exclusively owned by Lukoil critical infrastructure that traverses the whole country and presents one trader a crucial advantage over the competition.

The fair access of more players to the entry and exit points of this duct should, at least in theory, stir up competition.

State-owned excise warehouses aimed to challenge the dominance of Lukoil Bulgaria, who directly or indirectly controls nearly 90 percent of the storage capacity for excise fuels, also makes sense. The logic behind this is that the Bulgarian market is too small to secure a critical minimum level of guaranteed competition.

The above analysis denotes logical parameters in the government’s plans for a State Oil Company, insofar as the management of state reserves and excise warehouses is concerned. The cost-benefit analysis – the capital investment risk vs effect is discernible and positive.

The question marks start floating over the idea of the state oil company building-owning and operating a chain of gas stations, instead of working with retailers.

Where are the red flags?

The State Oil Company draft plan should have been preceded by a full set of preliminary and comprehensive feasibility studies, legal, market, and risk analyzes, impact studies, etc. This routine procedure is a must as the investment risk is too high, and the project is expected to be implemented by the government and state companies, burdened with excessive project management failures and high political risk. Many sensible business ideas have flopped just because they were introduced via SOEs and legislative acts. The government has an abysmal record of efficiency  in state asset management in recent history .

The high-risk low-yield scenario affects all segments in the new state-owned oil company plan – from the management of strategic reserves to the inventory and the retail fuel trade.

The critical step over the precipice is the idea of a hundred new gas stations, with the extra of remotely placed ones. This is tantamount to a preordained, loss-generating, unsustainable business in constant need of subsidies. The common sense test – if a niche for more gas stations ever existed in already the densest in the EU gas station national network, the private business would have long filled it.

Permanent subsidies are a non-starter. In the most likely outcome, we will see routine capital increases covering losses. A Perpetuum mobile, without an anchor of reason in a market economy, but with sound state oligarchic logic and cashflow diversions to private pockets being the end result.

If the State Oil Company’s unsustainable business model is an undisputable assumption, it will be unable to compete and offer lower prices. Private companies operate with a cleaner balance sheet and stricter cost control. The expectation that the SOC will lower prices is a less likely option than the one where higher costs and inferior management translate into insolvent business. Cross-subsidization is always an option and losses in the retail segment could be compensated within the consolidated balance sheet, as often happens in the Bulgarian Energy Holding (BEH). The critical lapse of judgment lies in the fact that inevitably in time, losses will rise, and profits will sink.

In addition to the high costs of building new retail trade infrastructure, the new company will have to hire professional management and develop all additional logistics, strategies, planning, financial and other policies in human resource management, marketing, etc. from scratch.

It seems more logical for  the SOC  to start looking for an optimal mix of properly owned, rented/leased/contracted retail outlets, that could mitigate the development and operational risk. It makes greater sense instead of building new gas stations  for the government to buy in a controlling stake in existing gas chains, moreover that two gas station chain owners are looking to divest.

Such a move looks logical in terms of the shorter time between investment and effect.

In the optimistic scenario, some effect on prices via better management of strategic reserve stocks could occur within the next 8-12 months. This is the time needed to transform the current Agency into a new company.

Positive developments concerning excise warehouses could come no sooner than a year from now, again in the best-case scenario.

A change could come much sooner via proactive and more assertive control of the Customs Department and the National Revenue Agency on the unfettered and equal access of third parties to existing excise warehouses.

A more straightforward solution is for the Minister of Finance to agree with his Romanian and Greek counterparts on the reciprocal recognition of wholesalers’ right to access excise warehouses and the obligation to transfer excise duties to the respective budgets.

The effect of interconnection between the financial systems will be felt in less than a year.

The unbundling process – the separation of ownership of the product pipeline from its operation, should take more time but is a must. The product duct should be considered part of the critical infrastructure, and national security considerations should remain a top priority, allowing for quicker procedures.

These few lines are just an introduction to a comprehensive analysis.

As someone who participated in the design and implementation of the Bulgaria Energy Holding concept, which also started on a high note, I can confirm one thing – the current BEH has little to do with the original good intent as set out in the program documents. As early as 2012, it was supposed to be listed on the international exchanges, accommodate foreign portfolio investors, and introduce a full pack of financial reporting and management standards for a listed company.

Very little, almost nothing has been accomplished since in this most blatant attempt on the part of the government  to control markets via state-owned companies. Instead, BEH’s capitalization fell, debt skyrocketed, mostly due to cross-subsidies.

None of the BEH companies are managed according to the canons of corporate culture. On the contrary, they are still run as divisions of ministries or agencies.

In able hands of professional managers, the State Oil Company idea, or parts of it, could offset deficits in competition and abuse of dominant position. However, if the Anti-Trust Authority – the Competition Protection Commission and the other relevant institutions persists in their impotence and capture by vested interests, there is little reason to believe that the State Oil Company would be anything else but a planned disaster. 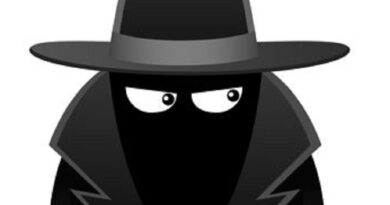 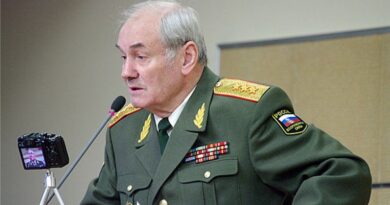