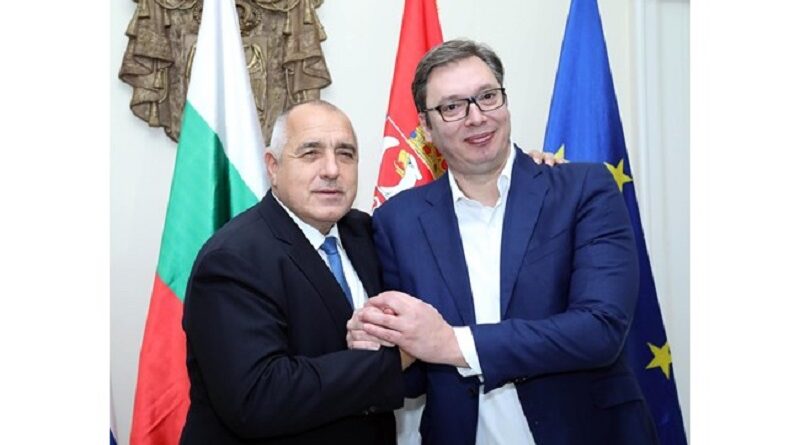 President Vucic beat Borissov to breaking the news that the Turk Stream is online. The actual volumes of natural gas entering Serbia are a meagre 15 percent of the plan, covering only the country’s needs but the Serbian President did not shy away from a public demonstration of his feelings. Vucic sent multiple messages – to Putin, that he has delivered on the $1,1 billion invested by Gazprom, then to the EU – that he disregards their criticism over accession talks and finally to Washington – that Belgrade intends to hold on to a Titoist line of balancing between the West, Russia and China. The Russian media were quick to declare victory over the US, and the EU, small compensation for the demise of Nord Stream-2. Putin managed to implement TurkStream, allowing each national segment to be presented as detached national effort until the whole became a “fait accompli”.

The peaks and nadirs of U.S.’ transactional diplomacy start with the odd sale of 19,5 per cent of Rosneft’s share, shortly after President Trump won the 2016 presidential race, and end with equally bizarre saga around TurkStream, involving the inner circles around President Trump, Presient Putin, the Saudi Royal family, the Turkish President, the Bulgarian and Serbian prime ministers.

In retrospect, Secretary of State Mike Pompeo’s warning of mid-July 2020 to companies and suppliers of TurkStream to halt activities or face U.S. sanctions, rang hollow as US companies were given enough time to deliver a vital part of the equipment – the turbines for the compressor stations.

If the U.S. State Department had intended to block TurkStream, it could have banned the compressors’ export, effectively blocking the project. Instead, the turbines were delivered with U.S. flags painted on top of the containers, providing a propaganda trump card, later used by PM Borissov.

The Bulgarian PM’s recent publicity stunt at the compressor station in Petrich, which had nothing to do with TurkStream, inspire perceptions that he is acting on the back of an arrangement with top U.S. officials.

Trump’s uncompromising line against Chancellor Merkel and the LNG deals with Poland, starkly contrasts his lenient approach to the TurkStream, which consolidates Russia’s grip on SEE gas market and monopoly status in Serbia. The explanation that Bulgaria and Serbia rank low on the US scale of interest and attention is trivial when it comes to a heavyweight strategic project such as the Turk Stream. Every progress it makes has been on the radar of think tanks in the United States and in the State Department, and what is happening in Turkey, Bulgaria and Serbia could not have escaped the attention of experienced American diplomats and experts. The logical explanation is that there have been overriding considerations from higher places.

Borissov does not freelance and leaves the impression that his actions follow a pre-agreed plan. The alignment of interests does not track geopolitical, nor national interest patterns. The Tzar at the Kremlin and his partners in the United States, Saudi Arabia and the SEE are bound by common business targets and power monetization motives that could transcend their terms in office.

An integral part of the smokescreen was the sequence of Russian diplomats’ expulsions from Sofia, met with atypical silence and delays in reactions in Moscow.

Ultimately, Russia’s MFA retaliated, but Russia’s fifth column and the Bulgarian Russophiles remained strangely silent. President Putin had to console the leader of the movement with a personal reception and an award – a sacrifice for the sake of the more consequential game – the TurkStream’s implementation. In Washington, the expulsions of Russian diplomats was interpreted as proof of Borissov’s loyalty.

Borisov has been balancing asymmetrically. The state gas trader Bulgargaz did not buy a cubic meter of natural gas directly from the United States, but the GoB prepaid billions in USD for F-16 and order gas turbines from a U.S. manufacturer, worth hundreds of millions.

Transactional diplomacy requires a personal involvement at the highest level, justifying President Trump’s invitation to both the Serbian and Bulgarian leaders to the White House. Behind-the-scene deals seem a plausible explanation for White House officials’ reception of the scandalous candidate for prosecutor general, Ivan Geshev, before his appointment, despite repetitive criticism over the rule of law in the annual State Department reports on Bulgaria.

The US’s investigations against notorious oligarch, the PM-in-disguise, Delyan Peevski did not produce any tangible result.

Let’s go back to Borissov’s new political gems, which pose a direct challenge to Bulgarian and EU national interests as well as U.S. foreign policy.

His classic mix of grand-standing and ignorance have produced his latest sales pitch claiming that due to Balkan Stream, Bulgaria has become a “geostrategic country” has very pragmatic undertones. For ordinary politicians, spreading nonsense could be deemed as suicidal. Still, Borissov defies conventional wisdom – he addresses the mass audience, saying it should feel proud of being citizens of a “geostrategic” country, despite $2 billion in new debts.

The Bulgarian PM continues to hammer in the mantra of his exceptional performance – where “the others failed”, in promoting the South Stream, i.e. Borisov-1 government, the Borisov-3 team succeeded.

The Bulgarian PM did not resign in the summer of 2020 primarily due to unfinished business and commitments. The official Russian media’s reaction was indicative to this fact. Whereas in the winter of 2013, it thrashed him, in 2020 Borissov’s coverage by the Russian media was somewhat anywhere between lenient and mostly sympathetic, occasionally noting concerns over delays in the Turk Stream. Some media outlets in Moscow even openly attacked President Radev, who is considered a pro-Russian President.

Due to the promises to see through TurkStream completion, Boyko Borissov could ill afford not to deliver as was the case with South Stream. President Putin had advanced hundreds of millions of euros and wanted promises met. The Bulgarian PM has always felt most vulnerable with Moscow’s intimate knowledge of the secrets of grand corruption in Bulgaria, being privy and instigating most of it.

In 2020, Borissov chose to spend hundreds of millions to pay his praetorian guards to shield him from the tens of thousands of protesters.

While Washington’s focus was on the northern segment of the pincer strategy against Ukraine – Nord Stream 2, where the U.S. effectively blocked work in the remaining 160 km for months, despite resistance from the EU’s most powerful government – Germany – the Kremlin succeeded in the southern ‘pincer’ – TurkStream. Trump’s shield and the dedicated efforts of autocrats Putin-Erdogan-Borissov-Vucic made U.S. sanctions look irrelevant – too little, too late. Although sanctions against TurkStream’s were included in the 2020 NDAA, they were limited to the offshore part and the pipe-laying vessels, at a time when the pipeline had already entered Turkey. Now, the sanctions list in the revised NDAA for 2021 includes the onshore segments – again, by the time sanctions come into force, the land segments will have been almost completed. The only sensitive spot are the compressor stations, yet gas turbines are off the sanctions list.

However, it is premature to pop the champagne in Moscow, in Sofia or Belgrade. The fact is that while Trump is in the White House, there will be no direct action on the Congress approved sanctions. The works on the compressor stations in Bulgaria and Serbia might not be certified and their operation not insured in line with what is happening with its the twin – Nord Steam – 2.

Gazprom’s hope – the Norwegian company DNV GL, part of the Det Norske Veritas Group refused to certify the last leg of the Nord Stream – 2 works and pulled out. The certification process for the compressor stations in Bulgaria and Serbia will span into 2021. It will be interesting to see how Gazprom and the Serbian and Bulgarian governments bypass US sanctions.

Balkan-TurkStream is flawed at the conceptual stage, as a project warranting Gazprom’s monopoly on the markets in Bulgaria, Serbia, and the Western Balkans. There is little chance that other EU and NATO member companies, including Bulgarian and Turkish gas traders, will accept to be cut off in these markets.

Gazexport’s monopoly over the long-term fixed capacity in TurkStream will have to be reconsidered and lifted sooner rather than later to allow competitors, including Azeri and LNG gas, access to Bulgaria and Serbia.

The option with the independent Serbia-Bulgaria interconnector will cost hundreds of millions of euros and years to complete. During that time, Gazexport will continue to be the only natural gas supplier. At least four companies have booked entry capacities in Bulgaria allowing them to sell gas in Serbia if they had access via the Balkan Stream.

However, coming to terms with market realities will be a painful process for Borissov and Bulgartransgaz because such mandatory capacity release might jeopardize revenues and cash flows. In the meantime, servicing the $ 2 billion debt will continue to hang over Bulgaria like a Damocles’s sword. 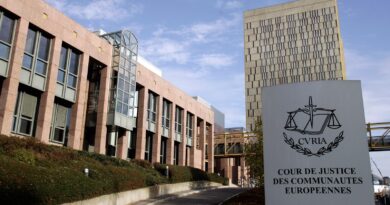 Some talk of Alexander… 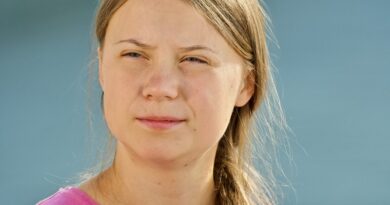 GERB in the European realm of climate ambitions