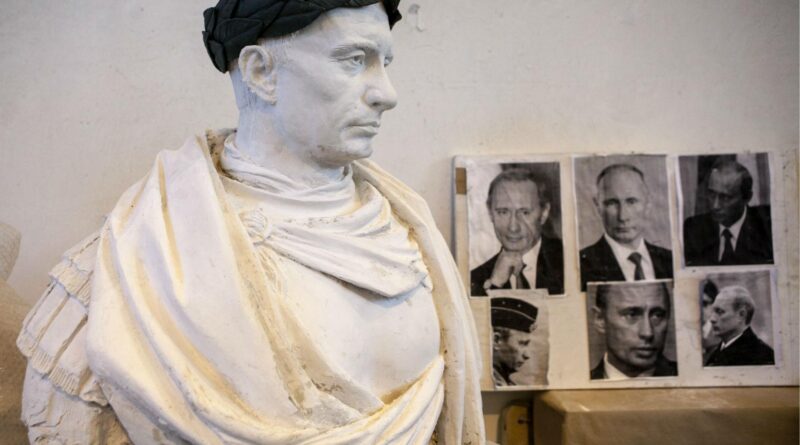 Will the madman in the Kremlin press the nuclear button?

Vladimir Putin is losing the war. Or, at least, there is little chance he will subdue Ukraine through conventional warfare. He needed a quick and decisive victory, and despite the ferocity of his attack, he has got nothing of the sort. Resistance is fierce and determined, Russian forces are taking casualties and becoming bogged down. There are moments in this war when an extrapolation of the current trends makes sense. This is one of them: Ukraine will survive, proving its right to exist independently.

Ukraine has emerged as a winner without NATO membership and without direct military assistance in the form of troops. True, the full-scale war is still on, and its outcome is unclear in detail. But an easy victory for Putin is now not on the cards. And the “sanctions from hell” are due this week.

The most valuable assets in this war, besides money and weapons, are motivation and fighting spirit.

Putin is losing on both fronts – and also in the information and propaganda war. Ukraine’s defiance has tarnished the image of the all-conquering Russian army. There is no question of NATO fighting it, since Ukraine can fight back all on its own. And Ukrainian president Volodymyr Zelensky’s resolve seems outstanding, especially compared to the timidity and wavering of the G-7 leaders.

Mr Putin’s armed forces lag in technology and morale; and, given his legacy and sanctions, they have no hope of catching up. Modern wars are essentially a clash of technologies, military human capital and causes in which combatants and populations can believe (or fail to believe). The defensive logic of the West has worked: there is no point in looking for quantitative superiority in tanks, since anti-tank missiles are much cheaper and more effective. Air superiority has more to do with integrated space and ground systems with sophisticated onboard navigation and integrated communications systems. Despite its massive rocket attacks, Russia is still struggling to control the air space over Ukraine. Shoulder-launched Stingers and Ukraine’s air-defence systems have demonstrated remarkable efficiency.

Mr Putin has fallen prey to his own propaganda because he cannot distinguish reality from the metaverse of his imagined successes.

However, one question remains. Failing to win the war and feeling he is losing, could Vladimir Putin now push the nuclear button, not only to subdue Ukraine and cover his losses, but also to project power and force the West to lift sanctions?

Most analysts make their judgments on the assumption that decision-makers in Russia will proceed rationally, from rational perceptions of the situation and rational calculations of the likely consequences of actions. Yet, working on this basis, they failed to predict full-scale war. And they know they failed. So now they are agonising over what guess to make as to whether he will launch a nuclear strike. The stakes could not be higher.

So many imponderables. How do we measure the effect of a just cause on the fighting morale of non-nuclear Ukrainians? Especially when Western nuclear states openly avoid challenging Putin! Yet the Ukrainians stood up to him. And now Russia has threatened Ukraine with its trump card – a nuclear strike. And the West must react, otherwise It will might encourage Putin’s use of the
‘nuclear option’.

In terms of conventional warfare, Mr Putin has lost. Now he will have to weigh up the consequences of using his weapons of last resort. On the pessimistic side, his military doctrine allows for a “preemptive” nuclear strike when “vital interests” are at stake – including those of ethnic Russians living abroad.

So let’s get straight to the doom-and-gloom scenario. At this stage, we are looking at a threat by Mr Putin to use nuclear weapons, not a certainty that Putin will use them. Yet there are disturbing signs. Listening to the most recent, imperial-sounding video demarches he has delivered, it’s hard to avoid the impression that he lacks at present the mental constraints that leaders of nuclear states usually have and most certainly should have. He is an emperor, the Ultimus, who also lacks institutional checks within Russia. And there is the rub – the only real center of power within Russia that could challenge him in using the ‘nuclear’ option is … the Russian military as he will inevitable put the blame on them for the Ukrainian fiasco.

He’s facing impending strategic loss on the battlefield. “Sanctions from hell’ have been unleashed that are certain (to use the vocabulary of his erstwhile “chief ideologist” Vladislav Surkov) to cause “chaos” at home. He must be feeling cornered and must fear that his political life is about to end abruptly. As well as his physical existence, in the good old Kremlin tradition.

In these circumstances, Mr Putin might indeed try to press the button.

In fact, he has more or less said so out loud. Back in 2018, he envisaged a similar set of circumstances and then called use of nuclear weapons against such a background a “retaliatory strike”. He perceives Western moves against him. Including sanctions, as an attack “aimed to destroy Russia; hence this is an execution of a legitimate right to respond”.

And just listen to what he had to say then – which I quote verbatim: “True, for humanity, it will be a global catastrophe… But as a citizen and head of the Russian state, I ask myself: why do we need such a world if there is no Russia there?”

He has many options, but none that excludes Ukraine as an immediate target. The question, therefore, is whether the Russian generals will allow the nuclear scenario to happen. Encouragingly, there are historical instances of the Russian (or Soviet) military not carrying out orders to use nuclear weapons.

Moreover, even if Putin delivers a nuclear ultimatum to Ukraine, time will not work in his favour. The transition from a threat-to-use nuclear-weapons to actually using is them is neither a foregone conclusion nor a straightforward process. Moreover, the Russian government now finds itself in complete isolation; as the West decides to cut off some of its banks in Russia from SWIFT and block the Russian Central Bank’s reserves of Western currencies and securities. On those grounds, Mr Putin would have to raise the white flag soon and come to terms with the reviled Mr Zelensky.

First, how do we deal with a mentally derailed leader of the nuclear power in charge of the world’s second-largest nuclear arsenal when he has his back to the wall and fights for his life?

Second, when will the West’s somewhat craven instincts come into play? When, that is the case, will its  leaders ask Mr Zelensky to negotiate a formula that saves the faces of Mr Putin and his fellow-racketeers – at the price of declaring Ukraine’s permanent neutrality?

However, whether Ukraine remains neutral or not, is not the real issue. The real issue how soon the world gets rid of Mr Putin.

Whatever happens, Vladimir Putin doesn’t have much of a future. The use of nuclear weapons in retaliation for sanctions, combined with failure on the battlefield, would automatically make Putin the world’s top war criminal. In that case, he would end his life in prison or perhaps violently in a bunker.

Meanwhile, regime change in Moscow is on the agenda. Mr Putin has lost the halo of a victorious leader. Tsar Vladimir, the New Alexander Nevsky, has failed. And the “boyars” will replace him. Let’s hope they do so sooner rather than later, before he can press that nuclear button. 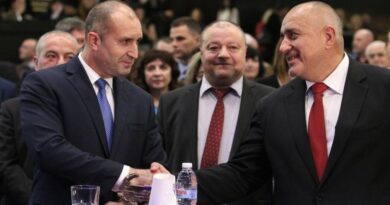 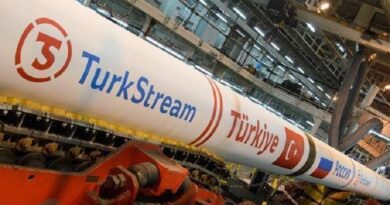 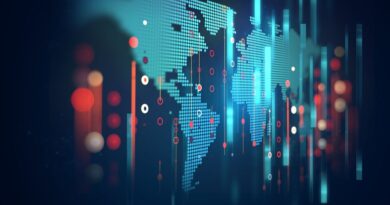 The Pegasus Scandal: 9 questions and some answers

One thought on “A regime change in Moscow?”