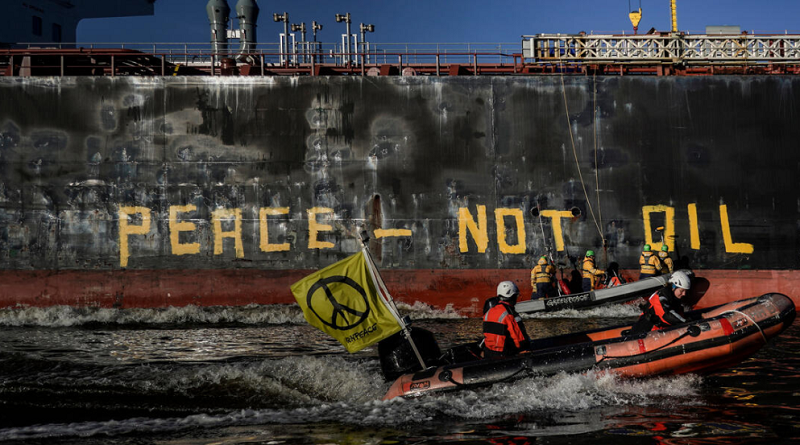 The climate lobby seeks the soonest possible end of the war in Ukraine, on the grounds that this will do least damage to the climate and mean least delay to tackling climate change. They are totally wrong. What’s needed is the right end to the war: once that has been achieved, much else will fall into place. Including climate policy.

It’s official. No less a worthy than the US envoy on climate, John Kerry, has finally admitted it: “The longer the war in Ukraine carries on, the worse the consequences will be for the climate”.

Mr Kerry echoes the concerns of those political, business and financial circles – which have aptly been called “the Big Green” – whose main reaction to the war in Ukraine is that it is an impediment to their ambitions. The resolve of Ukrainians to fight back and defend their country is most inconsiderate and inconvenient, for it intensifies hostilities and will lead to a pushback, at least in the short term, against investments in renewables, providing classic energy with a breathing space in which it can regain its place in the sun.

Moreover, the war has interrupted the usual political and business cycle and has rearranged the pecking order among Western leaders, demoting those who – like French president Emmanuel Macron and German Chancellor Olaf Scholz – are eager to sustain a backchannel with Vladimir Putin and cobble together a new “Minsk-X” settlement.

In short, leaders have all-important climate schedules to stick to and can’t be doing with tiresome ‘little’ crises holding things up. So don’t be surprised if and when pressure from green and climate-conscious politicians grows on Ukrainian president Volodymyr Zelensky to negotiate a truce with Mr Putin.

However, there is an underlying contradiction between the immediate need for oil, gas, and other fossil fuels, which require additional investments, and the renewable energy guidelines with which  these investments must comply, according to the zero-emissions catechism.

By contrast, there is a complete – if somewhat ironic – congruence between Putin’s interests in remaining “a fossil fuels kingmaker”, capable of calling the shots in a strategic power exchange, and the green radicals’ demands for a quick transition to a green economy. The Kremlin carefully picked its time to pounce on Ukraine, profiting from the coincidence of three factors: the completion of its “pincers”, the Nord Stream and Turk Stream pipelines; a peak in Europe’s energy dependency on Russia; and record-low volumes of gas stored in European underground gas storage facilities (UGS).

In addition, Mr Putin has cleverly encouraged – and massively benefitted from – a particular version of then German Chancellor Angela Merkel’s Energiewende, which involved foregoing and demonising coal, oil and gas – not to mention nuclear power – while somehow treating imports of Russian oil and gas as acceptable. (Mainly Russian pipeline  gas, note: creating capacity for imports of liquefied natural gas from elsewhere wasn’t part of the plan.) This led to extreme reliance on energy imports from Russia, and therefore to unprecedented levels of vulnerability, which define the current ranges of the possible for German, and what is worse, EU policies vis-à-vis Putin’s Russia.

In a rather futile attempt not to look ridiculous against the backdrop of the last two years’ events, German leaders have now taken to peddling the notion that an accelerated transition to a green economy and green energy will solve the problem of dependence on Russian hydrocarbons. But they are curiously silent about what we are supposed to do until that radiant future arrives. How do we cope with war-driven energy price hikes, which shatter incomes, social cohesion and the EU’s ability to agree on common action, secure immediate energy needs, and persist with our ever-costlier climate goals?

Now, if this were just a matter of money and income distribution, we could perhaps turn a blind eye to the inconsistencies and implausibilities. But it isn’t. It’s all about life and death, freedom, independence, fundamental human rights, and issues of war and peace. And that begins to move things from the zone of idealism and naivety, inherent in some of the Small Greens, into that of selfishness and crime, of the Big Greens.

The issue at stake is not even the damage Vladimir Putin can inflict on humanity with his recklessness, street thuggery and outright disregard for human life. We already knew all that.

No, the issue is the fundamental nastiness that the war has laid bare among Western leaders – the sordid Sarkozo-Merkelian mercantilism, the urge for transactional diplomacy, the obsession of those immersed in moral relativism with saving the aggressor’s face. The current Unholy Trinity of Messrs Macron, Draghi and Scholz won’t dream of abandoning the excesses of current climate-change policies. Instead, they are slaves to the mantra that any peace is preferable to any war, because any peace leaves them free to indulge their messianic drives and net-zero fixations – which, after all, are what current EU politics and policy are really about.

Put bluntly, Western leaders are just not very good at joining the dots. They are having to deal with problems regarding climate policies, high energy commodity prices, the plethora of vulnerabilities facing the EU and NATO, on one side, and full Kremlin coffers, on the other. The EC is overwhelmed by events, multitasking is not its forte, and French, Italian and German politicians-at-the-top are reacting with persistent cognitive dissonance. They can’t see how problems are interconnected, can’t see that some sequencing, pacing, prioritisation and balancing is necessary to move things forward. And this will have dire consequences, not just for security, but also for even medium-term progress in addressing climate issues.

As a result, many are willing to trade Ukraine’s territorial integrity, in order to get on with business-as-usual, even if this means a new frozen conflict that might turn hot again at any moment. History repeats itself, former Secretary of State Madeleine Albright reminds as that Neville Chamberlain in 1938, before agreeing on similar territorial gains to Hitler, called the conflict between Nazi Germany and Czechoslovakia a “quarrel in a far away country, between people of whom we know nothing”. Albright goes on: “Less than two years later, the Nazis were bombing London”.

The amalgamation of internal and exogenous crises, including the looming problems of food and immigration, only adds to the Big Green’s push to hold aloft the banner of the climate change action plan, even if this means sacrificing Ukraine’s sovereignty and the energy and food security of hundreds of millions of people in Asia and Africa.

Now, Vladimir Putin would really welcome a trade-off – the West lifting sanctions in return for his provision of export routes for Ukrainian grain. And there’s no shortage of EU leaders willing to act as intermediaries for such a deal. Many are tired of the war and the rearrangement in the political and economic agenda that it has caused. And many too are painfully aware that Mr Zelensky’s leadership and his country’s bravery have exposed EU politicians for the Chamberlains and Pétains that most of them are.

So let’s get this straight. What will shape the future of Europe right now? Not cosy phone chats with Mr Putin. Nor calls to speed up net-zero plans. What matters right now – not in five years, not in ten – is what Ukrainians can achieve on the battlefield. And what the EU and NATO can do to help them achieve it. Once that’s done, we can get back to dealing with all our other pressing problems. Including that of climate change. 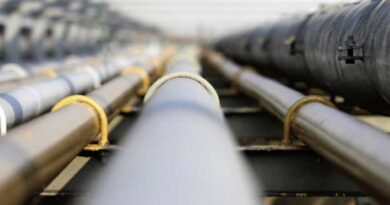 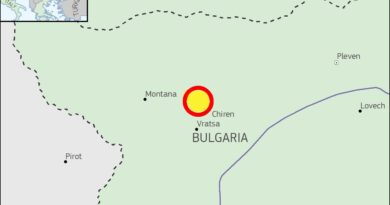