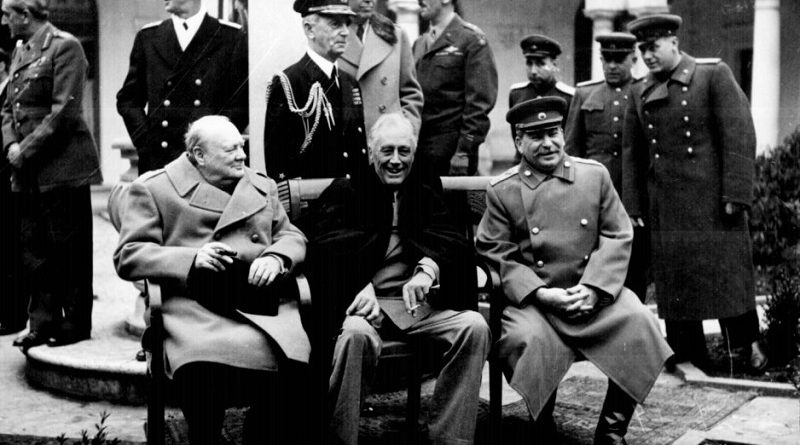 Putin’s proposal, better known as Yalta-2, made during his recent trip to Israel to commemorate the 75th anniversary of the Holocaust, provided him with a platform to repeat his interpretation of the causes of WWII and made headlines across the globe. The Russian leader invited the leaders of the UN Security Council to attend the celebrations in Moscow on May 9th and discuss how to restore the World Order. His words were immediately picked up by Russian agents of influence around the world.

Recently there have been several interventions in Bulgarian mainstream media reflecting Kremlin gameplan on Yalta-2.Analogies are striking with the rising expectations for a “friendship” between the US and Russia in a new Yalta format, immediately after Trump’s election as President of the United States. Russophiles joined en masse Trump societies across Bulgaria in the expectation that Putin The Boss had struck a deal.

Today most of these societies are dormant or closed.Putin’s proposal for redivivus of the Yalta meeting 75 years later is a desperate attempt to break the post-Crimea isolation, regain the initiative, and stop the geopolitical loss following the failure of his bypass strategy with Ukraine and the collapse of North and Turkish Streams. The Russian President is aware that the deepening crisis at home will not allow him to sustain aggressive policies for long. Therefore, he seeks to capture the momentum, cash in perceived geopolitical gains, fix them in another Yalta -2 format.On the one hand, Putin destabilizes and threatens to destabilize many countries.

His negative power is second to none. Once the target feels the impact, the Kremlin steps in with a “solution” – a classic form of blackmail. Once the pressure and the perception of the Russian negative might become general knowledge – the issue is brought to the attention of the other great powers. The one-time offer is simple – while the rest of the world watches let us redraw the map of spheres of influence and restore the old World order when Russia and the Soviet Union mattered.This pitch is nothing new.

The current offer is direct and has an ‘or else’ part. If Putin’s plan is not accepted, then war will be inevitable and the slide towards it irreversible.For the first time during his tenure, Putin has dared to be so blunt – either the invitees come to Moscow and jointly reinvent Yalta or  Russia will further destabilize the world and military conflicts will follow.The position of France and Macron is a return to the classic De Gaulle policies of Great power deals, and he will persist with the need for the EU to strike deals with the Kremlin in the name of peace, which Putin threatens himself. Putin has very accurately assessed and plays on the vanity of the French President to be a member of the exclusive world club of the new Yalta-2. In retrospect, Macron is not much different from Jacques Chirac’s arrogant comment some years ago that the East Europeans had ‘missed the chance to shut up’ while defending vital national interests.

The chances for a new Yalta format meeting are zilch. Putin’s initiative is already hanging in the air, though one should not preclude a meeting in Moscow. But the countries invited are unable to make decisions that could echo the ones made by Stalin, Churchill, and Roosevelt in Yalta 75 years ago. There is no war, even less so of global nature. Russia is not an ally of the West. Russia is not winning; there are no winners and no losers. Spheres of influence are a relic of the past, as geographic borders; hence any pre-determined exclusively exterritorial rights irrelevant in a world of trade, economic, security, and financial networks – where Russia’s global weight is negligible.However, Putin’s threat that he is ready for war should be weighed not so much against the GDP or the size of his military budget, but judged against his ability to gamble and sacrifice Russian soldiers’ lives, well above that the West can deem acceptable. If he feels cornered and his grip on power in Russia is questioned a consequence of his failure to impress the rest of the world with his global ‘ visions’ – war is always an option. Not a global one – he can’t afford one, but a limited regional conflict at Russia’s borders.

The Kremlin is incapable of projecting its military power in faraway from Russia areas.Putin and Macron share one thing in common – the gap between ambitions and resources. 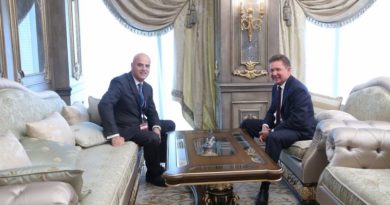 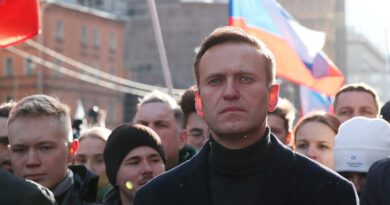