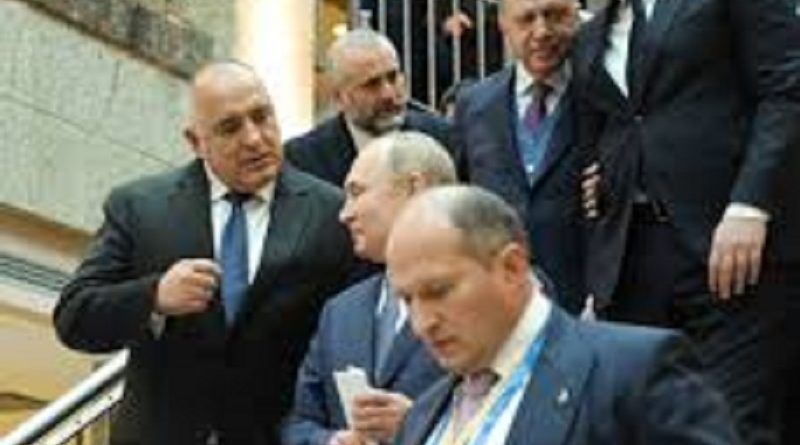 The US State Department and the US Embassy in Sofia should learn the favorite word of the Bulgarian PM – ‘punta mara’ which means a charade or a smoke and mirrors act.

One must acknowledge the intuition and skills of the Tsatsarov-Borisov tandem in deploying the smoke machine on the case of a spy affair and diplomats’ expulsion, picking an ultrasensitive subject for the US -the rule of law and the independent justice system, against a background of a perceived and real interference by Russia. One could hardly think of a better geopolitical “sales pitch” to the US Government.
Kudos for that. Exactly the language that is spoken and understood in Washington.

The battle of the Bulgarian David against the Russian Goliath.
Such thoughts were invoked by General Prosecutor Geshev’s arrogant attitude towards one of Bulgaria’s leading anti-corruption and investigative journalists and the new talking point – “Russia is behind Serbia’s reluctance to expatriate the former CEO of CCB) Tsvetan Vasilev.”
This simple trick turns one of top Russia’s proxies in Bulgaria – the former Deputy, now Prosecutor-General Ivan Geshev into the ultimate public guardian against malign Russian influence.
PM Borisov rehearsed this tune coming out of his meeting with President Trump, addressing sole responsibility for all the corruption in the country to a judge who had allowed the top Russophile Malinov to fly to Moscow and receive an award from President Putin.

The reactions of the Russian Embassy in Bulgaria are usually factored in. Ambassador Makarov refuted yesterday the allegation that Russia is shielding Tsvetan Vassilev, but this no longer matters. PG Geshev has already scored a point and gained additional reputational capital as the designated lead combatant in the fight to eradicate Russian influence. Geshev deliberately broke the protocol, announcing the investigations of two Russian diplomats, before the Ministry for Foreign Affairs could step in.
What is a routine and established practice – such difficult communications to be done via notes verbales and discrete meetings at the MFA, before the public knows, became a PR stunt for the top prosecutor.
If the US State Department’s announcement of Judge Mitalov is an indicator of pending actions, then PG Geshev and PM Borisov enjoy US support for their work against the malign influences and as a bonus, they hope that the US State Department in future name releases will skip corrupted prosecutors and members of the circles around PM Borisov.
Starting with the name of a judge, who will not be a natural pick for the top 50 most corrupted officials and oligarchs, that any Bulgarian could draw up, implies a possible long-term plan to start small and continue big. For now, there is a big sigh of relief at the top of the executive, legislative and judicial branches of power. The corruption that has risen to unprecedented heights in the last 10 years of Borissov’s Government is the glue that holds together the ‘elite’, shielded by the ‘punta maras’ at every level.

Grand corruption generates immense cash flows that are distributed in subordinated networks – controlled by Dogan and Peevsky, that involve prosecutors, judges, members of parliament, ministers, media owners, oligarchs and other key members of the governing elite. For most of them – these parallel informal lines of enrichment play a far more important role for their social status and living standards than the formal sources.
What Peevksy does in the shade, the PM does in the open – using his power to allot public funds, procurement contracts, posts, generate legislation that motivates members of the Supreme Judicial Council, compromising their independence.
Both Borisov – via his grip on the National Parliament and control over the Executive Branch and Peevsky via his grip on the Prosecutor Generals Office, working in close coordination, have managed to erode elections as a critical instrument of democracy, by denying electronic and machine voting, fair and free elections, reproducing the captured state.
The US administration is aware of these basic facts – it is a mystery why it has failed to act so far. Suffice it to look at the difference between Ambassador John Beyrle’s Borisov cables and the State Department’s current announcement. As if we deal with two different Americas.
However, it will be premature and unfair to pass any final judgment as this is a story in progress, and we should wait to see the next moves of the US administration.

My fellow Bulgarians put too much hope in our allies but tend to forget that the US State Department and all other US institutions, as the EU ones, have no one else to deal with but this Bulgarian Administration and this Prosecutor General. The US Government can’t be expected to do the job of the Bulgarian opposition, of the Bulgarian media, of the Bulgarian institutions. It has limited resources to heal endemic corruption within the format of bilateral relations when the remedy rests with the will and action of the Bulgarian citizens.
Therefore frustration should turn into self-criticism and real action, not despair.
The chief ‘punta mara’ master of the republic has set the stage for a drama with Russian spies and “malign” foreign influence, picking the Chief Russophile Malinov as the main character. PM Borisov creates a virtual parallel world that interconnects with the real world in key points.

Borisov and Peevski’s are successfully trying to present their individual and group problem with the Kremlin, for money received, promises made and unmet, with hundreds of millions of dollars missing after the South Stream and Vivacom deals, as a geopolitical clash over malign foreign influence (which is nothing new) requiring immediate US assistance.
The roots of this ‘punta mara’ strategy can be traced to the early carrier of the then Chief Secretary of the Interior Borisov, who used to sow discord and clash opposing gangster groups of the underground, to which he belonged, that earned him the reputation of a fighter against organized crime and propelled him to prominence.

Borisov’s gameplan also includes a sudden change of mind on the Gebrev’s poisoning by GRU agents, Bulgargaz’s sudden ‘threat’ to take Gazprom to court after years of subservience and other last-minute inexplicable changes of mind and behavior. Borisov has a genuine hunch for intrigues, and so far his plan is working – the US government seems to accept his version of events and is willing to provide a geopolitical shelter.
The Kremlin also plays along and contributes to the show.
To claim that Russian secret services’ operational capacity in Bulgaria is seriously compromised with the expulsion of three diplomats out of a list of 57 –  a number ‘creatively leaked’ by the former Minister of Foreign Affairs Solomon Passy, is an undeniable gross exaggeration.  Those sent back home will be replaced immediately. Based on my personal experience in the delicate interplay on diplomat expulsions, I have grounds to allege that Borisov’s expulsions are another ‘punta mara’, coordinated with the Kremlin in advance. The proof lies in the fact that Moscow has remained atypically silent, delaying reciprocal actions. The only explanation – Moscow is on the ball of what is happening, and it has an overriding interest not to react automatically.

Against this narrative, many could see fresh ‘evidence’ of backdoor interaction between Trump and Putin, an early hint on a possible new Yalta-2. This goes too far and is pure speculation. Yet these days in politics, perceptions often matter more than facts, and Mr. Putin’s mastership in hybrid operation is second to none.
The intriguing part is that Mrs. Zaharova, the spokesperson of the Russian MFA, puts it straight  – Borisov’s acts are a show, a theater, implying that Russia is aware, letting Borisov charm the Americans, allowing him some time to finish his job, to negotiate an exemption for the Turk Stream from US sanctions.
The expulsion of two diplomats and anti-Russian rhetoric is too low a price that Moscow is willing to pay.
Borisov has done it – both Washington and Moscow consider him as ‘their man’.
End of Part One 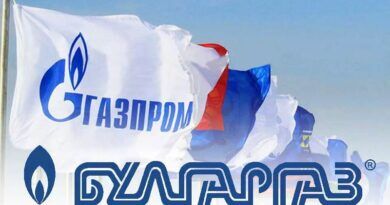 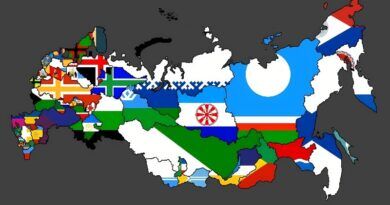 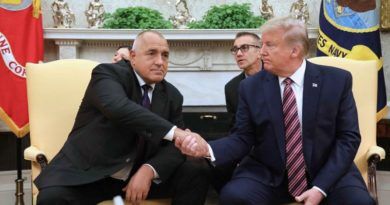