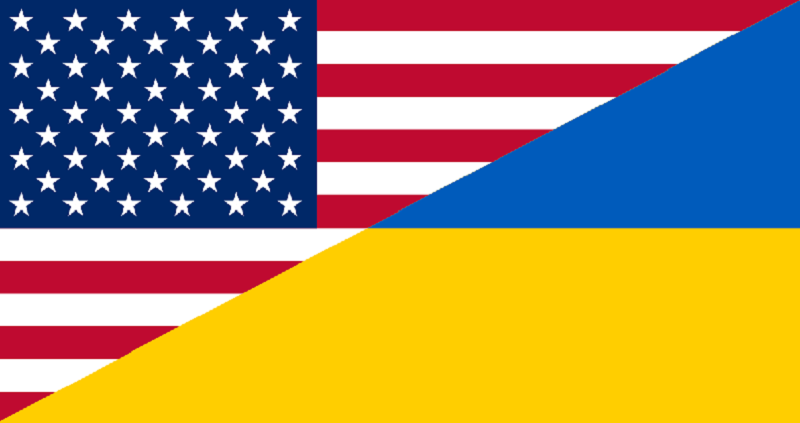 Russian president Vladimir Putin will not end his war on Ukraine voluntarily. The West’s sanctions are not immediately crippling Russia – if anything, they are rallying Russians. Oil and gas sales at sky-high prices are swelling the Kremlin budget. The only remedy is to stop those sales. Now. There is no one to guarantee Ukraine’s neutrality, and war is the only option it has to prove its self-sufficiency in security terms.

There’s a tendency among more optimistic spirits nowadays to watch out for news pointing towards a peaceful end to the war in Ukraine. Sadly, that is a fruitless exercise. The war won’t stop. It is going disastrously for Vladimir Putin. But the more disastrously it goes, the more he will seek revenge for his humiliation. Most likely his approach will be to chop off pieces of Ukraine and then present the dismemberment as a fait accompli in time for the parade on Red Square on May 9th, marking the World War II victory whose memory he has so ludicrously appropriated.

Sanctions in themselves, at any rate, won’t stop the war. The estimates of Goldman Sachs refute the “sanctions paradigm”: they show that Russia could end 2022 with a record trade surplus of $321 billion, thanks to high oil and gas prices and collapsing imports. Sanctions are taking their toll, yet rising Russian export prices have generated a windfall inflow of money to swell the Kremlin’s coffers. Mr Putin can print rubles indefinitely, putting off Russia’s collapse at least near term. Proceeds from resource sales and blocked reserves in the West will cover the newly printed money. And Russia’s autocrat will continue his war crimes in Ukraine and issue imperious ultimatums as long as he has the country behind him and cash in his pocket.

Trade surpluses, at least for some time, will allow Russia to live with Western sanctions regardless of the impending collapse in living standards. There’s a toxic combination of factors: imperial hubris; the fact that Russian citizens have the passivity and endurance of cattle being herded; and fear of repression at all levels of society and the political elite. And they all point to a single conclusion: no alternative is likely to present itself in the Kremlin any time soon.

Western sanctions won’t stop the war as long as there are Russian banks off the sanctioned banks’ list servicing the cashflows of energy exports.

The phase of exhaustion – from war to a frozen conflict

The war is entering a phase of exhaustion – in which financial support for Ukraine will become every bit as crucial as military aid. The fact that Russian troops are pulling out of Ukraine’s regions means little, and certainly is not a sign that a general withdrawal is imminent.

In fact, regrouping could allow the Kremlin to freeze the conflict, consolidate gains and form a congenial Russia-friendly “Novorussia” (New Russia) – the land bridge to Crimea that it covets. In which case, Mr Putin might go on to claim to have achieved his goals in Ukraine, or at least the essential part of them. It would be a new “frozen conflict”, with territories torn away from Ukraine used as leverage to exert pressure on Kyiv and claim victory. And what reality couldn’t offer, propaganda would add.

Which is the logic of all the frozen conflicts of the post-Soviet space. Transnistria is used against Moldova, South Ossetia and Abkhazia against Georgia. And against Ukraine, it’s Donbas and Luhansk – or, soon, Novorussia.

But, whatever the details, make no mistake. There’s no spontaneous tendency towards peace in Russia at the moment. The War Party has gained the upper hand. And the War Party doesn’t reside in the army. It’s a sect of neo-imperialists and neo-Stalinists among Russia’s politicians and secret services that is calling the tune. Their lust for revenge defies the “gravity” of facts about casualties and human suffering. So we need to be prepared for more atrocities, more horrors – more Buchas.

Demilitarisation and neutrality are not an option

Meanwhile, Ukraine is in a situation that is bizarre as well as horrific. It seeks guarantees for its neutral status. That’s reasonable, on the face of it. But those guarantees will inevitably echo the ‘guarantees’ of the Budapest agreement of 1994, which turned out to be no use at all. And, unfortunately, neither the US nor any other NATO member state will be ready – or, logically, able – to back Ukraine’s neutrality and promise to fight Russia in future. The West does not offer Ukraine NATO membership, doesn’t offer guarantees for its neutral status.

So what are Ukraine’s options?

Well, call this political cynicism, call it Kissingerite Realpolitik, call it what you like. But Ukraine’s only hope is to win the war itself and prove itself to be self-sufficient in security terms, more effective than NATO’s security guarantees. Such is the perversity of the situation. Yes, the West will continue to offer money and weapons. But it will still offer no security guarantees, because it is afraid it will get embroiled in a nuclear exchange with Russia and is therefore open to blackmail.

And here’s the paradox: the likelihood that Mr Putin will escalate the war – move it into a phase in which weapons of mass destruction are used – will increase, not decrease, in proportion to his impotence, his blatant inability to crush the Ukrainian army. So the more Ukraine succeeds in doing what it really needs to do, the more the man in the Kremlin will feel the need to try the ‘ultimate’ option.

The war in Ukraine will have no peaceful end in which the Russians just go home. Vladimir Putin has managed to change the subject of the internal debate by associating his own survival with that of Russia and by making out that the West is attacking Great Russia. The silencing of dissident media has brought about a situation where there is just one narrative – that of the Kremlin. And those who dissent from that narrative are emigrating in droves. Existential fear has removed internal resistance, which could rally yet more support behind the dictator and consolidate his absolutist grip on power.

And what about Mr Putin’s health? Might that not be a factor in developments? Well, if he were to die – which is the ultimate fate of all humans – and if that demise were to be soon and sudden, that would obviously make a difference. But apart from that, whether speculation about his health is true or false, whether whatever diagnoses are being made are honest or valid or neither, no scenario regarding his condition in the short term could affect his resolve to wage war further.

We are approaching the limits of sanctions in terms of the original cost-benefit analysis that underlay their adoption. It’s quite clear now that they can’t end the war. What could end the war is blocking Russian oil and gas sales. Only the draining of Mr Putin’s resource-base would undermine his will to escalate and seek a victory at any cost in human life. So blocked those sales must be.

Now, it’s true that, even without such a blockage, Russia’s economy is in a real mess. GDP will shrink by more than 15% this year, unemployment and inflation will soar, and living standards will plummet. But for economic woes to reach a “critical mass” that actually affects Russia’s ability to wage war in Ukraine will take months and possibly years. By that time, the war may – probably will – have been lost or won or frozen as a conflict. And it’s the war’s outcome, not the hardships experienced by the Russian people or the medium-to-long term damage to the Russian economy, that will determine the fate of Ukraine – and with it the future of NATO.

Putin is after NATO

What’s at stake at present is open to misunderstanding. It isn’t NATO membership.  Whether or not Ukraine becomes a member of NATO is not, in fact, especially important for its ability to frustrate Mr Putin’s plans. The important thing is this. The man in the Kremlin wants to punish the defiant Ukrainian president Volodymyr Zelensky and show NATO members that, when put to the test and threatened with nuclear attack, the West will bend and renege on Article 5. Raising doubts and undermining the integrity of NATO is Putin’s prime objective in the Ukrainian war. And his perpetual escalation game while fighting the West there is a key method of achieving that objective.

Since neither Russia nor Ukraine can afford to lose, it remains to compare their respective definitions of “victory”, in order to understand the range of possible compromises.

In fact, it‘s not much of a range just now. Reconciliation is impossible at this stage, as Putin intends to expand his battlefield gains.

He has successfully blended his personal stake and Russia’s stake in the war, associating his demise with the disintegration of Russia. And it’s no use looking for rational content and truth in such reasoning, for it is at once more mystical and more pragmatic. A wartime sense that ‘the Fatherland is under attack’ is capable of readying Russians for endless hardships, which is very useful for Mr Putin. Sanctions cannot have any decisive impact on a society under heavy anaesthesia. History repeats itself: the period of Stolypin-like material prosperity has been too short to produce sustained rational reflexes or a sizeable middle class, convincing the Russians of the benefits of democracy, market economy and the globalisation agenda. The mindset of most Russians revolves around imperial pride and the notion that Ukraine (Malorussia or “Little Russia”) is part of Great Russia and, therefore, that the war is an ‘internal’ matter. It follows that, for them, the war is about Russia winning back what belongs to it from the treacherous West.

Neither sanctions, in their current scope and form, nor changes in Russia, given their current prospects, can end the war in Ukraine. If the West wants to help Ukraine survive as a state, it needs to help Mr Zelensky and his associates to make such gains on the battlefield that they leave Putin with no option but to negotiate. But they need to do this in a coherent manner. It’s simply nonsensical simultaneously to give military and financial support to Ukraine and to pour billions into Putin’s pockets – and then to hope that the war will end.

Like any invader, Mr Putin depends on his supply lines. The real supply lines in Vladimir’s War are his energy revenues. We must cut those supply lines. Entirely. And fight back in the Black Sea, where he is already laying mines to block maritime navigation by vessels of NATO countries, or in the Baltics or in the air above Ukraine, providing the Ukrainians with the means and the real-time intelligence to secure control over their country’s sky.

The US Senate’s vote on a lеnd-lease to Ukraine is signaling a major change and a new level of the West’s resolve to defeat Russia in the war. 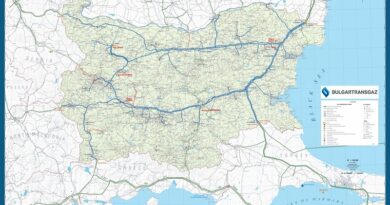 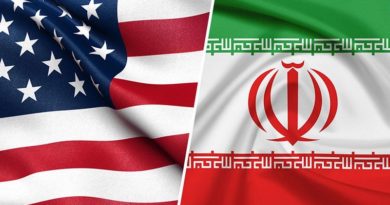