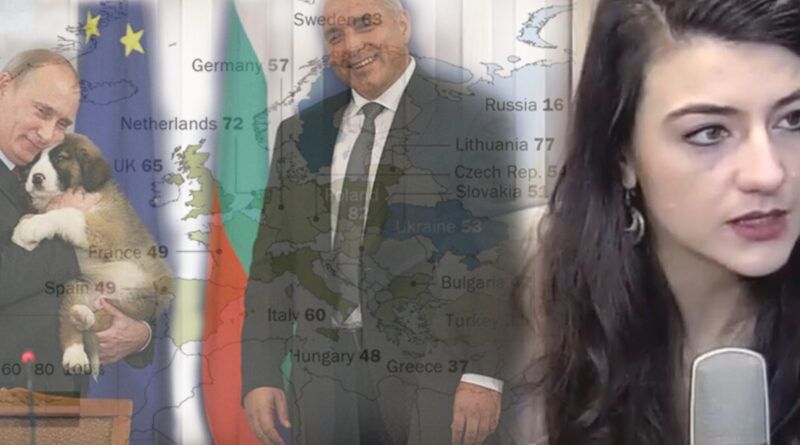 It’s repeatedly been noted that the rationality behind Bulgarian political players’ moves is incomprehensible to the outside observer. This quick guide tries to address the main sources of confusion, by addressing the key questions and highlighting the Bulgarian specifics.

A Bulgarian counterintelligence report was cited on July 2 by Prime minister’s Chief of staff Lena Borislavova. The report states that Bulgarian politicians, opinion makers, political commentators, members of the academia and government officials have been kept on a retainer, either by the Russian state or entities traceable to the Russian state. In return they have been forming popular opinion in Bulgaria through their public appearances.

Borislavova quoted salaries in the range of 2000 Euro paid on a monthly basis to public figures and government employees.

She mentions this information has been known to the government since February 2022, but to the initiated, the presence of Kremlin-funded networks of influence over Bulgarian public discourse has been plainly evident for years.

The main venues оf the cash flows are through Bulgarian oligarchs who conclude a lucrative deal or start a joint project with a Russian company, but with the “gentleman’s agreement” that part of the money will be used for financing Russian influence through media appearances.

Among the recipients of Russian funds there are presidents, prime ministers, and ministers. Every long term contract concluded with Gazprom is accompanied by an unofficial list of people who are to be added to the cash flows, and the sums there go far above the 2000 Euros quoted. This information however is not being published yet, or at least the main accent is on the lower echelon of opinion makers.

Which are the pro-Russian parties in Bulgaria?

Given the situation laid out above, it naturally follows that a Bulgarian politician’s pro-Russian agenda can exist in spite of his public image and rhetoric. The walk doesn’t match the talk. This makes it extremely difficult for the average voter, or for an unassuming observer, to form a correct picture of the political landscape. As a side effect, it sets the stage for large scale defrauding of voters. Thus the Kremlin’s influence, and the corruption that always accompanies it, utilize multiple vectors for degrading trust in democratic institutions.

It bears a quick mention that Bulgaria is the only country with a politician carrying the nickname of a foreign monetary unit – the “Vazrazhdane” (“Revival”) party’s leader Kostadin Kostadinov has been branded with the moniker “Kopeikin” in Bulgarian public discourse. The kopeika is the small change coin in Russian currency. There is also the Bulgarian colloquial term “rubladzhiya” (“ruble-man”) for anyone perceived to be on Moscow’s retainer.

However, the most egregious example in recent years is probably former Prime minister and leader of the second largest political party, Boyko Borissov. While managing to project an image of a leader who fully supports EU and NATO policies, and even occasionally expelled Russian diplomats for symbolic and PR effect, Borissov encouraged the construction of a Russian pipeline through Bulgaria on Bulgarian taxpayer money, in breach of and circumventing post-2014 sanctions on Russia. He also backed away from the NATO initiative for creating a permanently based naval strike group in the Black Sea. Both of these choices ultimately served to untie Putin’s hands for the full-scale invasion of Ukraine.

Notably, Borissov’s pro-Russian actions do not seem to have interfered with his constituency’s strength. The “Euro-Atlanticist” rhetoric and solid media safety nets afforded by the halo of being a ruling party seem to have protected him from any questions regarding the mismatch between words and actions.

A separate question is whether Bulgarian voters are on the whole sensitive towards any government’s pro-Russian sympathies. Upon examination, this too requires a complex answer.

There are several groups of reasons that Bulgaria traditionally rates higher on sympathy towards Russia when compared to other Central and East European countries.

First, there are genuine grassroots sources of sympathy towards Russia. The romanticized historical narrative of the Russian Empire as a bona fides liberator of Bulgaria from Ottoman rule in 1879 is still being taught in schools without important context and commentary. Russia’s status as a historical great power and traditional opposition to the Ottoman state is presented as a conflict of fables, with Bulgarians naturally rooting for one of the “teams” from the sidelines.

Education system failures in achieving functional literacy result in pupils likening states to sports teams or superhero characters. Rooting for one team and the unavoidable self-identification with that team are causing issues all the way throughout a person’s life and damage their capabilities to understand the realities of the world, once oversimplified and romanticized frameworks are no longer good enough.

This problem, deserving of its own separate discussion, is compounded by a second group of factors, where the deliberate steering of public opinion comes into play. The aforementioned influence networks of commentators, opinion makers, and the biased presentation of topics in the mainstream media, take on shaping public opinion from where inadequate education has left off. It doesn’t help that the intensity of pro-Kremlin propaganda in Bulgaria is estimated to have increased tenfold since the beginning of the war in Ukraine.

Finally, there is the problem of self-fulfilling prophecies. A political, academic and media establishment which has itself been convinced that the audience is pro-Russian, tends to answer the perceived higher demand for pro-Russian narratives, even if the effect of corrupting influence is taken out of the equation.

How strong is the pro-Russian sentiment in Bulgarian society?

Yet there is a silver lining to these dark assessments. The same lack of realistic and nuanced perception of the actors on the world stage, which causes the average interviewee in an opinion poll to declare emotional sympathy towards an idealized Russia, is not translated into action when the call comes. When it does, rationality takes over ingrained beliefs. The walk may not match the talk for politicians, but it matches it even less for the general public. And there is ample evidence to prove this.

Regardless of the high approval rates Russia receives in public opinion polls, in the last elections in November 2021 the most vocally pro-Russian and anti-establishment party barely got 5 percent of the vote.

The recent expulsion of 70 Russian diplomats and embassy personnel from Bulgaria prompted a rally in expression of Bulgarian support in front of the Russian embassy. It says enough that the rally was attended by 50-60 elderly people and headed by Roumen Petkov – a former politician, who has not been relevant for over a decade.

Today Russia accounts for a mere 1.74% of Bulgarian exports. About 2% of tourists coming to Bulgaria are Russian.

The same Bulgarians who will declare that Russians are their historic friends, will send their children to study in Edinburgh and will go for surgery in Germany. They will continue being sentimental about the Russia they’ve been taught about at school, but ultimately, the direction set for them, and the model of development they feel compatible with, is that of the rest of Europe.

This raises the question about the limits of applicability of public opinion polls conducted over multiple states. How realistic is it to try to quantify the public’s sympathy for a foreign nation, especially when rated against the sympathy for a military alliance?

How honest is it to then try to do so by asking questions of geopolitics of members of the general public, wholly unqualified to answer them?

And finally, after accounting for all these factors that bring regional specifics to the interpretation of a poll’s final result, how scientifically sound is it to compare such results across a great number of nations, each with its own specifics and explanation for the poll results shown?

Let us keep these considerations in mind and be careful to choose the approach according to the scope – whether we are interpreting the regional, or the national-level situation. 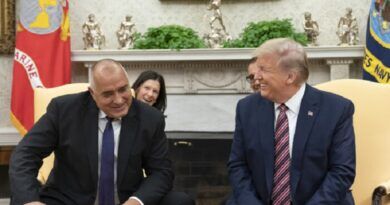 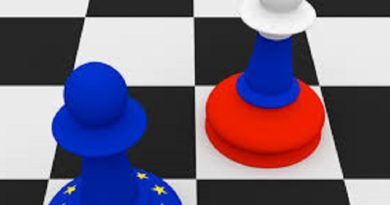 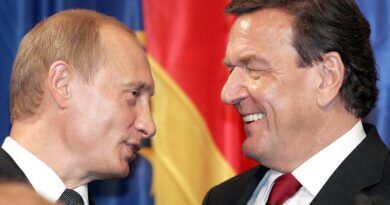